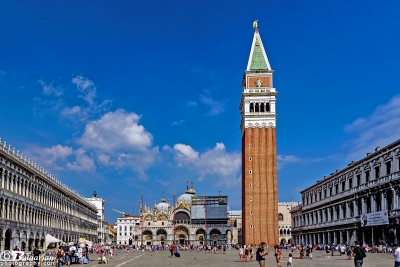 In early September 2015, I had the opportunity to travel to northern Italy regarding air show near Udine. Well, I could not miss to visit Venice, which is only 140 km. So on September 2nd evening I left the car in a parking lot at the Venice airport - Marco Polo (only 5 euros per day), and with a bus headed to Venice, where I booked a hotel for the night. I recommend to everyone to sleep on the island because you have the opportunity to walk through the night Venice, which has its own charm and naturally lacks the crowds of tourists.

The next day was spent in walking around the sights of Venice and beyond.

Here is some information about Venice:

Venice is a city in northeastern Italy, center of the region Veneto, a port on the Adriatic. Its population is about 263,736 at September 31, 2015 as the population of historic island is about 55,000 people.

Venice was built on wooden pillars (piers). Due to subsidence of the soil and foundation Venice is threatened by constant flooding.

The city is situated on the many small islands - about 118 in number - in a shallow lagoon to the Adriatic Sea, known as the Venice lagoon. Saltwater lagoon occupies the coast between the mouths of the rivers Po and Piave. Almost 1/3 of the city is located on the mainland.

The symbol of Venice is winged lion that appears on the flag and emblem of the city.

Settlement there existed since the V century BC, the city was founded in the IX century. From X to XIV century, it is a significant center; intermediary trade between Western Europe and East. In the Middle Ages, Venice is a republic - the Republic of Venice, headed by doji. It is an independent state that existed between IX and XVIII century. During the periods 1797-1805 and 1815-1866 was possession of Austria.

The city and the lagoon are listed as World Heritage by UNESCO because the city is unique as the architecture of the buildings and the foundations of the city.