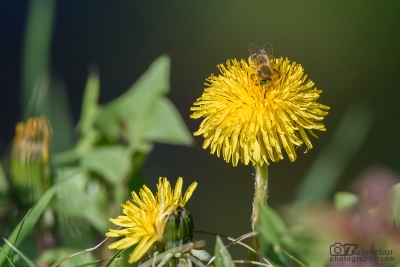 The date was April 1, 2016, when I saw this bee collecting pollen from yellow Dandelion (Taraxacum).

Yellow Dandelion is an early stage of dandelion life before it became that white fluffy plant whose colors fly in the wind.

Is honey from dandelions will be yummy, who knows.